The last time I posted a picture of the whole family, it was taken back in December 2009. Simon was four. Mary was one and a half. You’ll notice two new additions to the 2012 photo: Lucy and Murray’s girlfriend, Jana. We think we like them both enough to let them stick around. For now.

Here is our official family photo from this past Christmas, 2012: And here’s the one that everybody likes: 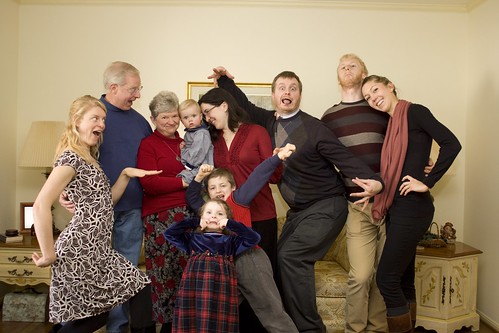 We occasionally enjoy an episode of Chopped on the Food Network. One of Kate’s friends said how she did an at-home version with their kids, and they LOVED it, so we decided to give it a go. For those of you not familiar with the show, the gist is this:

Obviously we made some modifications to this formula. And I kept the ingredients simple at Kate’s request. It’s hard enough to cook with kids without having to figure out how you’re going to make an appetizer out of cuttlefish, kumquats, and neon green M&Ms.

I’ll keep the commentary to a minimum and try to let the photos and videos below do the talking. 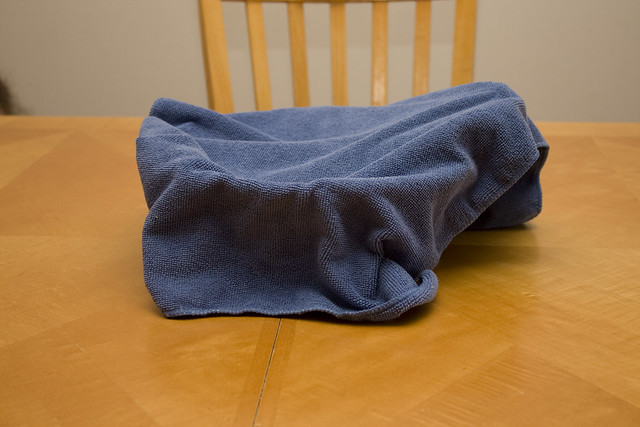 I guess I can guarantee at least two posts a year to this blog, and they’ll both come in September. Today was Mary’s first day of preschool. After watching Simon go all last year and constantly asking when she would get to go, today was the day. It’s a fun exercise to compare the kids at their various different milestones, so here’s a link to Simon’s first day of preschool. She’s so little compared to him! Requisite pictures below. I’ve discovered that taking a picture of one kid is pretty easy, compared to getting a picture of two. Today we took the kids out to try and get a decent picture or two for our Christmas cards. In keeping of the tradition of posting outtakes, here’s a small taste of what we had to deal with. I’m a full , , well, let’s just say I’m WAY behind on my Adventures in Produce posts. The thing is, I’m not really that sad about it. This has been a frustrating project for me for several reasons, and I’m happy to throw it under the bus. All my fault, for sure, but frustrating nonetheless.

The problems that stand out most in my mind are:

So as of now, my photography goal is to get caught up processing all the pics that I’m backed up on by a couple (almost 3?! Ack!) months. I’m not even considering another “project” until I get caught up on the family shots.

Kid is growing up ridiculously fast.